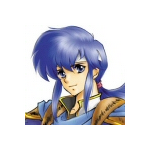 Thanks for dropping a message. Was nice to hear from you.

Basically, using the Inn, removes the 24 hours waiting time on all trainers and chests and you can again fight and open them immediately; but it has no effect on things that were not re-usable after the 24 hour period anyways.

You know I've made a small FAQ of my own which I keep saved on a wordpad and keep it opened when I play the game. Questions like when does ___ evolve and how do I ____ and why does _____ are repeated every 5 mins. I just copy-paste from the wordpad. :P

But there are many who want this wiki, or more so, need this wiki. I have received a few "thanks" and such which has maintained my zeal to complete this wiki.

I sent you a friend request in Kong. lets see if we can catch each other online.

I did note the levels and other information of the second master (Vale) in the Shady Vale page. You can look that up if you need, and I'm yet to fight the 3rd master in the game so if no one else has answered till then, I can give you those levels too. As for the New Haven master, I think there would be a lot of people who've beaten him recently and should be able to answer in the chat for his detials.

I made an interactive map → Template:test, it still needs a lot of work (to be converted into a template and maybe display the info at the bottom of the map instead of next to the icons - do you think it'll be better?).

each map is quite a bit of work but it can be a bit easier after I convert it into a real template and not just The Southern Forest's map.

I finished working on this, check this page out,
edit it to see how the data is entered,
I think it'll still be hard for new contributors to enter the data but it's the best I can do,

Look at the bottom of the map when you hover over the images that's the change, the main problem with this is that you need to right-click in order to get to links but it's neater, it's really easy to chage back but I wanted to have both so we can compare them and decide what's better – FMF (talk) 09:55, September 8, 2012 (UTC)

I really have no idea what's causing it, I corrected the maps but it seems that there's a problem with the tooltip case (maybe wikia updated something global and it messed the tooltips??)
I hope we will find out how to fix it – FMF (talk) 20:30, September 14, 2012 (UTC)

I was thinking of making the links in the guardian template colored based on the element,
Your thoughts in the matter will be appreciated

Are the hues here ok?

I made the changes to the guardian template, we can always change the colors or change it back to uncolored links if we want to. I also moved the discussion to the forum → Forum:Colored Links – FMF (talk) 08:20, September 26, 2012 (UTC)

Retrieved from "https://mysticguardians.fandom.com/wiki/User_talk:The_Elfangor?oldid=6806"
Community content is available under CC-BY-SA unless otherwise noted.