Tiggs are sometimes mistaken for cute little kittens, but their fire attacks are anything but cute.

The Twigg sprouts an additional head when it evolves, doubling its deadliness! 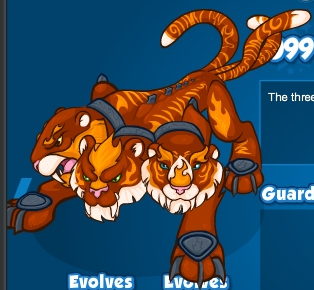 The three-headed Trigg is nearly impossible to sneak up on.

Trigg is the final evolution of Tigg.

Retrieved from "https://mysticguardians.fandom.com/wiki/Tigg?oldid=14064"
Community content is available under CC-BY-SA unless otherwise noted.