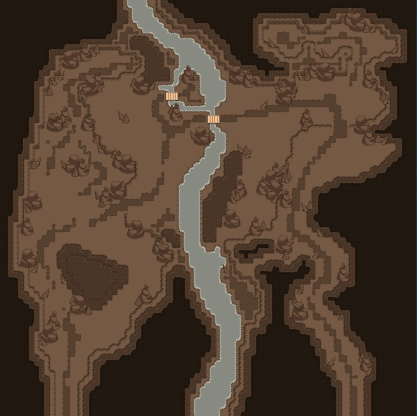 This cave can be accessed by going a few paces north of the teleport pad in The Western Vale Range. The player's character needs to go to the cave and clear it in order to activate the teleport pad of the Western Vale range by obtaining the missing part that lies in the golden chest at the end of the cave. This golden chest can actually be seen from outside the cave while travelling through the northen route in the western range.

Retrieved from "https://mysticguardians.fandom.com/wiki/The_Underground_River?oldid=10585"
Community content is available under CC-BY-SA unless otherwise noted.