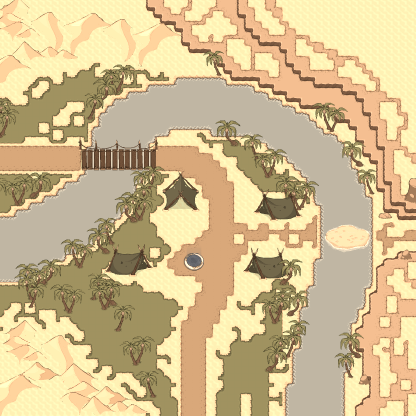 Quest Start of:
Something Borrowed

Quest Start of:
The Horse with No Name
← The Northern Desert
↓ The Southern Desert

As this is more-or-less a city, there are no wild guardians or trainers here.

Retrieved from "https://mysticguardians.fandom.com/wiki/The_River_Camp?oldid=11951"
Community content is available under CC-BY-SA unless otherwise noted.