Often found lurking near the shoreline, Tad has very powerful water attacks and a thick skin. 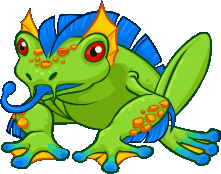 Found perched on lily pads in shallow water, wild Frugs should not be disturbed unless the trainer is well prepared. 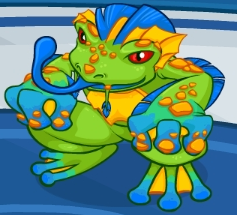 Adventurous Bullfrugs have been spotted miles from water; sustained by their own great water reserves.

Bullfrug is the final evolution of Tad.

Retrieved from "https://mysticguardians.fandom.com/wiki/Tad?oldid=14486"
Community content is available under CC-BY-SA unless otherwise noted.