While slow and ponderous, Plodder is nearly impenetrable to normal attacks and can dish out extreme earthen fury. 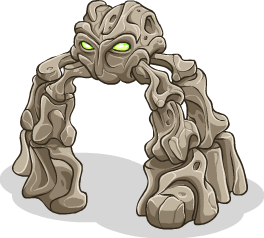 Strider's long legs allow it to tower over other Guardians and dish out the fury of the earth from above. 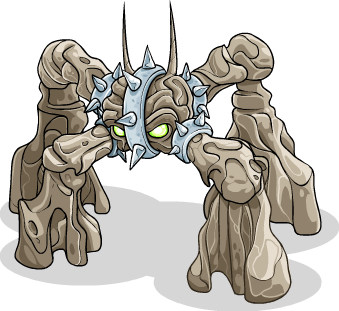 With its reinforced central core and massive legs, the etymology of Crusher's name is obvious.

Crusher is the final evolution of Plodder.

Plodder is common in all mountain areas and also all types of caves.
Plodder can be bought from the guardian center for 50 Trainer Tokens

This shows the spread in how much the stats can vary.

Boulder Toss 2 is a quick move, which usually allows the player to go first. It is also rather strong, which, in combination with the Plodder generally being a powerhouse, makes this is a useful move for quickly finishing off an enemy, even if it still has a lot of health left.

Retrieved from "https://mysticguardians.fandom.com/wiki/Plodder?oldid=13398"
Community content is available under CC-BY-SA unless otherwise noted.