Native to the desert, Mozzy has found ways to command the heat of the sands to attack his foes.

More cautious than its less evolved form, Zilly has been known to scorch those who approach it too quickly. 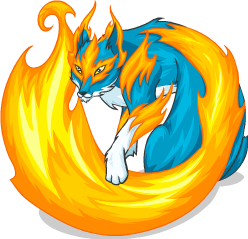 The Firefox's tail is made up entirely of one huge, constantly burning flame. Approach carefully!

Firefox is the final evolution of Mozzy.

Mozzy is common in all Desert areas.
It can also be bought for 75

at the New Haven Guardian Center.

Retrieved from "https://mysticguardians.fandom.com/wiki/Mozzy?oldid=14127"
Community content is available under CC-BY-SA unless otherwise noted.